XFL to upstage the AAF on Thursday by naming its Dallas coach/G.M., and it likely will be Bob Stoops https://t.co/6aHHj93gYN

Bob Stoops retired from being the HBC at the University of Oklahoma almost two years ago citing health reason and the fact that he simply had a fuck-ton of money and didn’t need to put up with snotty ass teenagers anymore (not really, but basically).  Hell, as a guy who had made upwards of $50 Million I wouldn’t put up with any shit either.  Shit, you give me ONE of ole Bobby’s contracts you would never hear from me again.

Evidently though the “coaching bug” that bit John Gruden, Mack Brown, and countless others has spread to Norman, Oklahoma.  You may  be surprised as me when you learn that the bug can make it through Bobby’s seemingly impenetrable fortress…

Yet here we are…

Here’s how I see it.  The XFL is a burgeoning league that’s coming up on a scene with heavy hitters already cornering the market in the NCAA and the NFL.  If Vince McMahon is going to get people watching his version of football, he’s going to need names.

He just flexed his muscles and got his first one.

And if anybody was going to try and steal eyeballs from a product already fortressed in centruries of history, this seems like a perfect time….Patriots saturation,  a boring ass Superbowl and the imminent retirement of most of the games biggest names (Brady, Brees, Rivers, Roethlisberger, Rodgers) seem like as good of a formula for success one could find.

There’s also already a WWE connection with Stoops, which likely had SOMETHING to do with this hire.  Good Ole’ JR is one of the Sooners biggest fans/faces/boosters.

As a guy who knows first-hand just how popular Mr. Stoops is in the Midwest region and Texas, this is about as big of a splash the XFL could get.  On Bob’s side, I look at it like this.  I’ll wait for the contract details to come out, but I would assume he’ll rein in around 300k-400k at most.  Is that substantial money to Bob? Not really, especially considering he was still getting paid 350k from the University of Oklahoma to be a face to the phone calls asking boosters for money.  However, this gives him an excuse to “coach” again and in the lowest stress level environment there is.  If his team sucks? Who gives a shit.  I see it as a hobby, and as far as I’m concerned, he’s still in “retirement”.  He’s doing it for fun.  What will be interesting to see though, is if he puts as much into it as he did at Oklahoma.  Sure, it may start as just a hobby, but coaching is a profession that those involved in seemingly cannot half-ass.  So, my only question is, if he retired from OU for health reasons and dives headfirst into this job….that’ll fire up all sorts of rumors linking him to other jobs and I wonder what his wife thinks?

“Not this shit again Bobby! You Promised!”

Because let me tell you one thing.  If I was Bob Stoops right now, worrying about my wife would be the first and only thing on my mind. 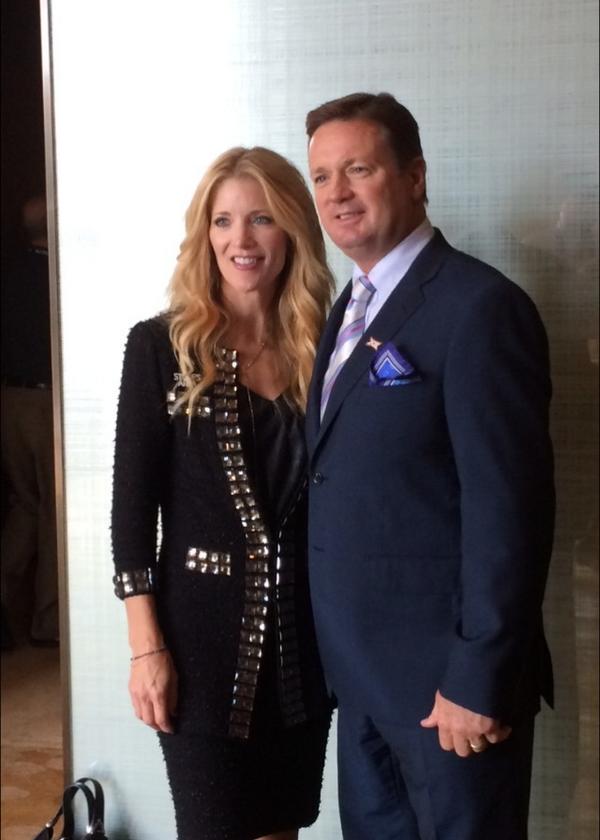 So anyways, as a close friend to Bob  I wish him luck in his future endeavors.  And to Carol, you finally have an excuse to leave Norman for the big city so don’t hate on your husbands decision TOO much.

P.S-Vince McMahon, if you’re reading this let me solicit some free advice.  You already look to have gotten one legendary coach in Norman…You don’t even have to refuel your jet to go and get another one.  You talk about splash…Send a contract this guys way.