In the year of 2018 its hard to see a picture and be completely stunned.  With so many viral images and videos circulating these days, we have become desensitized to just about everything.  I don’t peruse websites where images that would shock me aren’t marked as “graphic” or with other warning labels, so everything is pretty much par for the course these days on the internet streets.

Until I saw this shit. 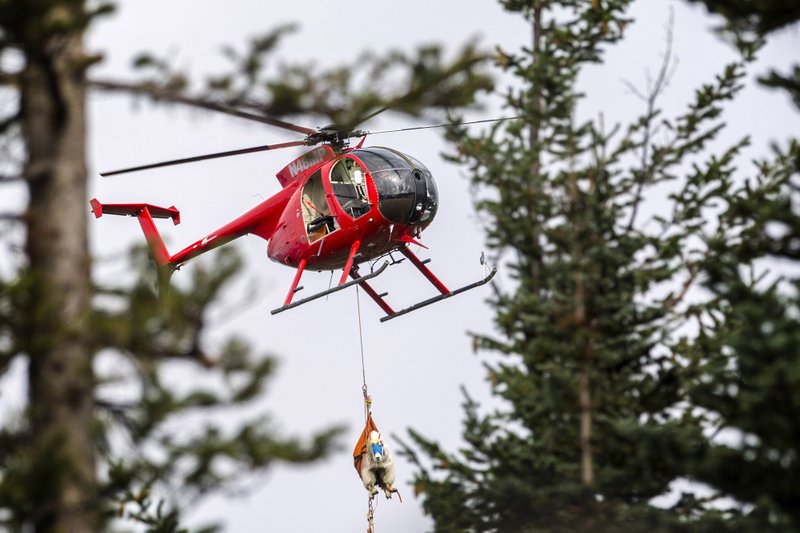 It’s not often I see something so ridiculous to illicit both a chuckle and an awe stricken face from me.

What in God’s name is going on here.  We’ve got a damn goat lookin’ fly as hell with a baby blue mask on, taking a little joy ride in a chopper.  I had to take a search and rescue chopper out of the desert one time, confirmed fun.  This goat’s gotta be having a blast.

The only logical question, is why the hell is a goat dangling from  a helicopter in the first place?

For those unaware, Mountain Goats are notorious bastards toward their fellow mammals, humans.  I’ve heard stories of legitimate near death experiences from people who almost got headbutted off of mountain tops.  You may think I’m kidding.  I’m not.   As ludicrous as it sounds, Mountain goats are intensely territorial and will attack human invaders the only way they know how.  Via headbutt.  That can be a recipe for disaster if you are for instance, standing on the edge of a cliff.

That’s government code for “we could get in hot water for this, so let’s do something about it but it’s easier and less paperwork-ish if we say it’s for natural reasons as well” So because PETA and others would throw a shit-fit  if they manually “removed” them  from the park, if you catch my drift…They manually transplanted hundreds of goats from the park. 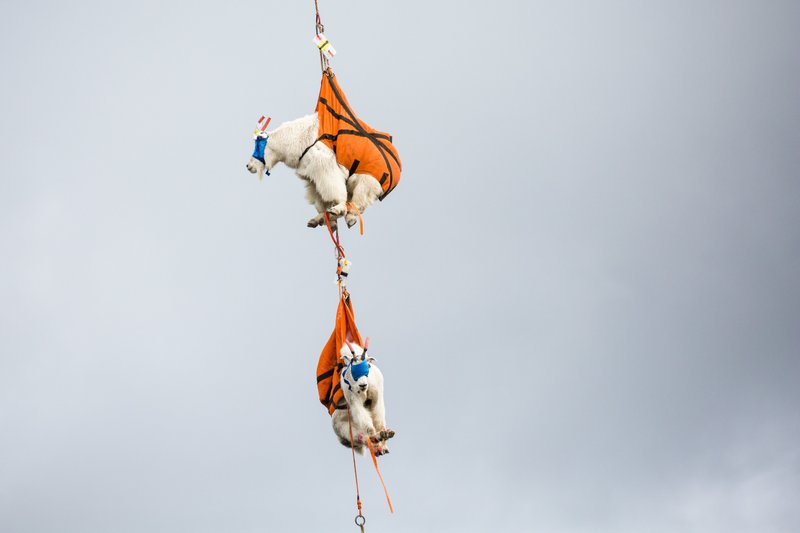 Anyways, it led to some absolutely outstanding and ridiculous photos from Ramon Dompor and Jesse Major, so credit to those guys for checking out one of the more interesting photo-ops I’m sure they’ve ever had.  Reminds me of the time Idaho dropped a shit ton  of beavers from helicopters back in the day.